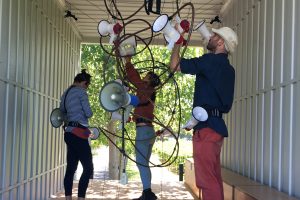 In early 2017, Simon Maisch was involved in a large collaboration under the direction of Mick Douglas for Mona Foma in Hobart, Tasmania. A durational group performance over three days of the festival, Simon’s primary role in the project was the creation and use of an application (written in Max) that enabled audio transmitted via RF from the performance space – a shipping container – to be received and mixed for various iterations of playback and time. 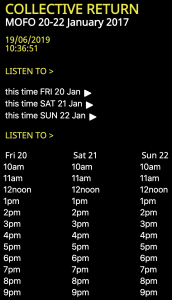 As well as being involved in the development of the work during the rehearsal and workshop period, Simon was present in the ‘headphone’ container for the 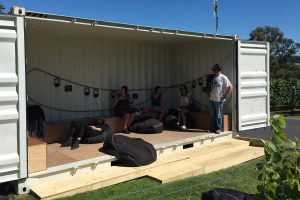 duration of the festival, monitoring the ‘megaphone’ container, running software, and focussing on the result from a distance with festival-goers.

You can listen to the archived iteration of the work, as well as read further info here.